Get ready for Day 9 of our California to Oregon road trip recap! 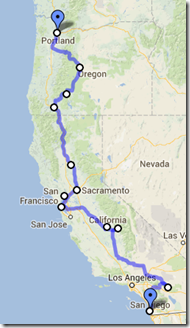 As I mentioned in my Day 8 post, the FivePine Lodge in Sisters, OR was my favorite place that we stayed on our trip. When I woke up on Day 9 I knew we had to get on the road but I seriously did not want to leave. We started the morning with a light breakfast. 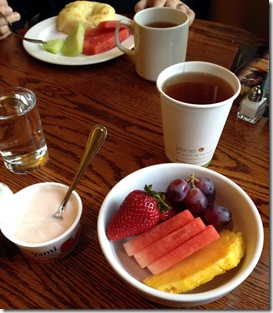 Then we walked around the grounds for a little bit.

The main lodge was spectacular, so inviting and lovely. There was a huge pool out in the back and an adjacent athletic club. Oh, and a full spa too. Annnd a bunch of hiking trails leading into the Deschutes National Forest which abutted the property. 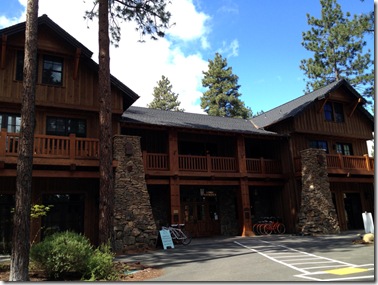 We didn’t have time for either but the FivePine Lodge also has a movie theater (Sisters Movie House) and brewery (Three Creeks Brewing) on the premises. We were actually the closest cabin to them. Isn’t this place awesome?!

I never wanted to leave Sisters and have been actively trying to plan a way back as soon as possible.

Shortly after leaving Sisters we entered the Deschutes National Forest. It was a gorgeous day, perfect for driving through such a stunning area.

Not far into our drive we spotted the Mt. Washington Viewpoint and pulled over to snap some pictures.

Because our route took us through the convergence of three National Forests (Deschutes, Mt. Hood, and Willamette) that are extremely mountainous and high in elevation (8,000 ft), we hit snow again. Of course. It wasn’t as bad as the snow in the days prior, thankfully.

Through the mountain pass, about an hour and a half later, we stopped for some lunch (unexpectedly awesome roadside pizza, win!). Day 9 was our last driving day and we still had a lot of road to cover before getting to Portland.

About 2 hours later we stopped at one of our final must-see stops, Bob’s Red Mill Headquarters in Milwaukie, OR.

Bob’s Red Mill began in 1978 when Bob Moore bought an old mill in Oregon City. Within a few months of ownership he began providing stone ground flours and cereal for his neighbors and other locals. The headquarters and whole grain store moved to Milwaukie in the 1980s after a fire destroyed the original location. 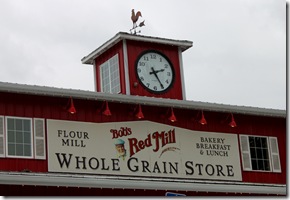 In 2010, for his 81st birthday, Bob surprised all of his employees by giving them total ownership of Bob’s Red Mill through an Employee Share Ownership Program. Super cool. 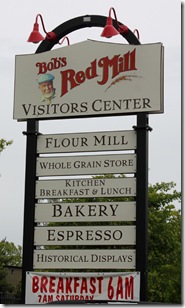 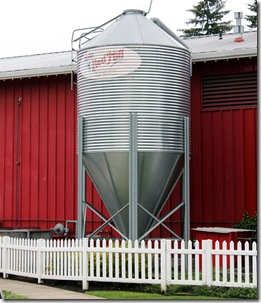 Bob’s Red Mill Natural Foods is one of the most prominent producers of natural and organic milled grain products in North America, billing itself as the “nation’s leading miller of diverse whole-grain foods.” 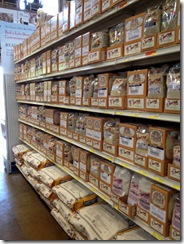 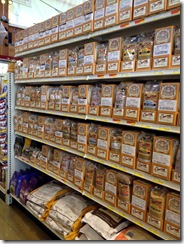 We didn’t buy anything from Bob’s Red Mill because we didn’t really have the room for bulk dried goods in our luggage. Fortunately Bob’s Red Mill products are available in Boston at our local Whole Foods, Stop & Shop, etc. It was awesome to come here though – next time we go to Portland we’re going to go back and take the tour (sadly we missed it on this trip).

A quick 20 minute drive later, we were finally in Portland, Oregon!

After a long morning and afternoon of driving, John and I were ready to get up on our feet so our first stop in Portland was Macleay Park. 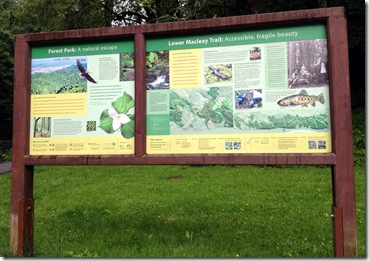 So pretty, right? We walked the trail for about 20 minutes until it started pouring (that’s Portland for ya). Back to the car! 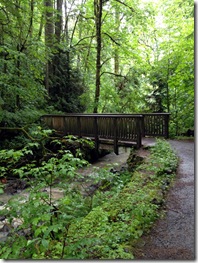 We spent the rest of the afternoon shopping instead. One shop we visited (and adored) was Wanderlust, a ridiculously cute vintage shop. 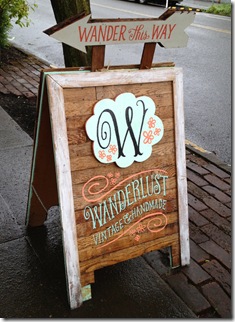 I also fell in love with Artemisia, an amazing DIY terrarium shop. I need one of these in Boston!

On our last trip to Portland (almost exact a year ago for our first wedding anniversary), we had dinner at Screen Door. I got their famed fried chicken and John got something else. After tasting my chicken John would not stop talking about it. For an entire year! So he requested that we make a return trip so he could get his own. I was happy to oblige and got the exact same thing, they are doing fried chicken right at Screen Door!

After dinner we headed up to the Northwest/Alphabet District in Portland. Northwest is residential but very green and lush. Alphabet within Northwest is a quaint little downtown with cute shops and amazing restaurants.

For years I had been hearing about the legendary ice cream shop in the Alphabet called Salt & Straw. They do funky artisinal flavors and are a self proclaimed farm-to-cone ice cream shop (only in Portland!). When I told John about the place he scoffed, he said the flavors sounded too wacky. With a line up including flavors like balsamic strawberry with cracked pepper, fermented pear and fudge, and smoked hefeweizen, I guess I couldn’t blame him. Maybe that’s why it took s us 3 years to get here. 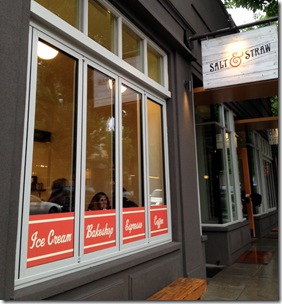 But after looking over the menu and getting to taste a bunch with the help of the incredible staff there, I think John was convinced. Just look at that happy face!

We ended up getting the ice cream tasting flight because we couldn’t decide on anything. From left to right here, we had the olive oil, snickerdoodle, pear & blue cheese, and almond brittle ice creams. Hands down, the olive oil was my favorite – fruity, creamy, and light, just amazing. I need to figure out to make it at home!

After a long day of driving in more crazy weather and eating our way through Portland, we were ready for bed. We headed to our hotel, our go-to place to stay while in Portland: the Heathman Hotel.

Stay tuned for Day 10, the final day of our trip!