One of my favorite things about being an avid reader of food blogs (over 50 in my Feedly that I read religiously!) is reading a new post and being completely inspired. When I saw Shutterbean’s recipe for Sausage and Kale Stuffed Shells I thought to myself: YES, no more dinner rut!! Followed immediately by: Why didn’t I think of that?!? Dang.

I have to confess that I first made this recipe two weeks ago. And then I made it again this past weekend. So we’ve been eating stuffed shells for two weeks – happily. This recipe is that good, is what I’m saying.

I’m now officially obsessed with this bagged organic tuscan kale I found at Trader Joe’s. Before cooking I rinsed, patted dry, trimmed the stems, and gave it a rough chop.

To begin I removed the sausages from their casing and cooked over medium high heat in a big pan with EVOO. The key here is to use a spatula (or any flat utensil) to break the sausage up into crumbles as it cooks – the smaller the better. Once the sausage has cooked through (6-8 minutes), add the kale and mix together. Add the red pepper, oregano, and black pepper here too. Cook together until the kale has softened. Set aside to cool. I actually divided this whole mixture up into thirds – 2/3 for the shells and 1/3 to mix into the sauce I’d be serving over the shells.

While the sausage and kale cools, move on to making the cheese stuffing. In a big bowl mix together the cheese, egg, oregano, and pepper. 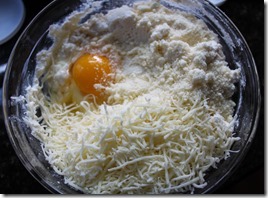 After the sausage and kale has cooled, stir in the cheese mixture. 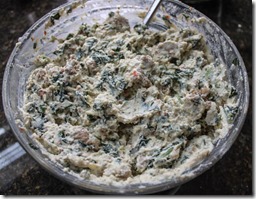 The last prep step is to make the shells – boil over high heat for 8-10 minutes until al dente and then rinse with cold water.

Now it’s time to assemble the stuffed shells! Start by prepping the baking dishes you plan to use. I used two 12×9 baking pans and put 2 cups of red sauce in the bottom of each. Next, stuff each shell with a heaping spoonful of the cheese stuffing mixture and place into the pan. Having an assembly line will make stuffing the shells go much easier!

As noted, I ended up with two trays – roughly 40 stuffed shells. 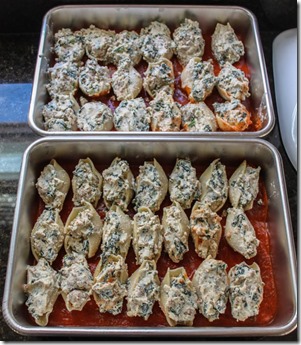 I sprinkled a bit of parmesan cheese over the top before baking.

Stuffed shells are a little labor intensive but they are so worth it. This picture is not deceiving – they really are as good as they look! We are partial to classic Italian dishes in my house and could eat this type of food for every meal – rustic, hearty, comforting, and delicious.