John loves all apple desserts and after we recently went apple picking, I promised him apple fritters. I had seen a recent episode of America’s Test Kitchen/Cook’s Country where they made apple fritters and, aside from the frying, it looked pretty easy! I looked up the video from the episode, watched it a few times, tweaked the recipe a bit, and made my very own apple fritters. Happy Fall and happy husband! Win! 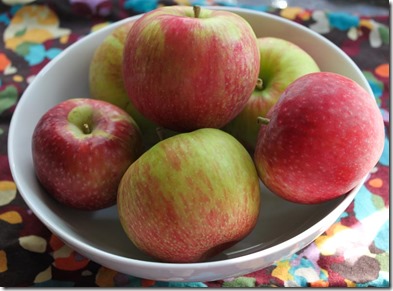 Start by peeling, coring, and finely cubing the apples. 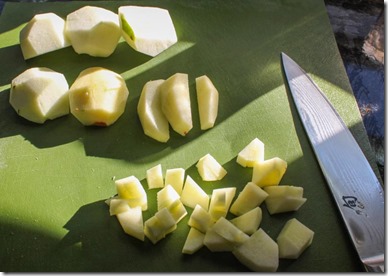 Spread the apple pieces out on a paper towel and cover them with another one. It’s important to remove as much liquid from them as possible so the fritters aren’t soggy. Press down for a few seconds on the paper towel to wick away any excess moisture. Let them sit for 5 minutes or so. 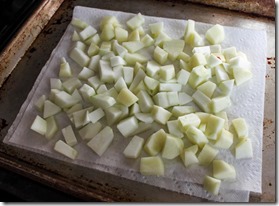 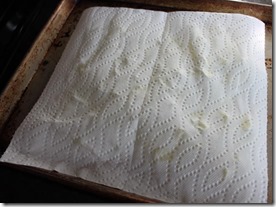 While the apple pieces are drying, juice four apples for the apple juice component of this recipe. If you don’t have a juicer, or just don’t want to take the time to do this step, bottled apple cider or apple juice will be fine here. The point is to infuse as much apple flavor into these fritters as possible! 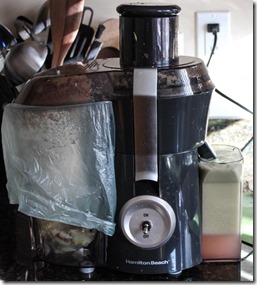 Time to make the batter!

First, combine all of the dry ingredients together in a big bowl. 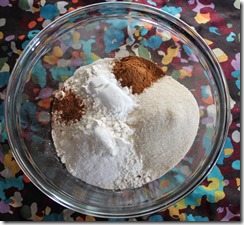 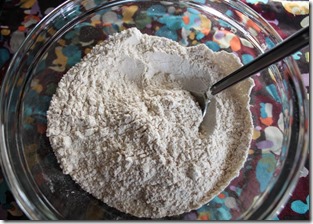 Then, toss the apple pieces into the dry mixture and make sure they are individually coated with the dry ingredient mixture. 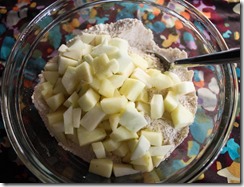 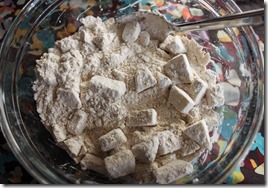 In a separate bowl, mix the wet ingredients (fresh apple juice, eggs, butter, vanilla) together. Then fold the wet into the dry. 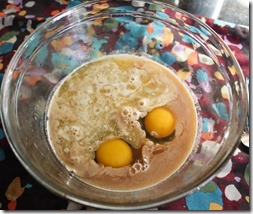 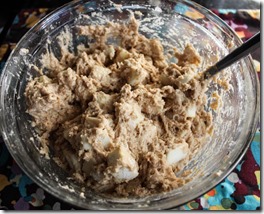 In a deep pot, pour the oil for frying. Three cups should give you at least 2-3 inches of oil to fry in. You don’t want the pot so big that there is only an inch or less of depth to fry the fritters in. Over medium-high heat bring the oil up to 300 degrees.

While the oil is heating up, set up an assembly line for the fritters. You’ll need the pot of oil, a thermometer, the fritter batter, a scoop or big spoon for dishing the batter into the pot, a slotted spoon for flipping and moving the fritters, and a cookie sheet with a wire rack placed on top for cooling.

Scoop the fritter batter into the pot. Make sure to use the slotted spoon to press the batter out into a thinner layer once it’s in the pot. If not, they will not cook on the inside. I fried four fritters at a time. 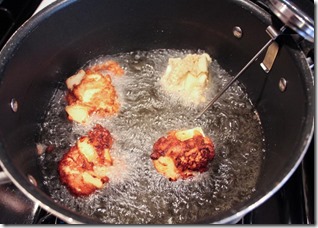 Flip once the fritters are brown on one side and then remove when the opposite side has browned (about 2-3 minutes per side). Remove the fritters from the oil and place on the wire rack once they are done. Repeat this process until you’ve used up all the batter. 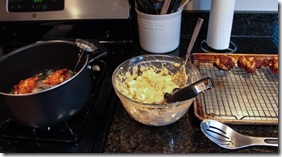 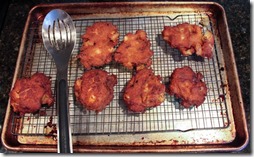 When all the fritters are done, make the glaze for the top. It comes together really quick if you use a mason jar! Just add all of the glaze ingredients (confectioners sugar, cinnamon, apple juice, and water) and give it a good shake. 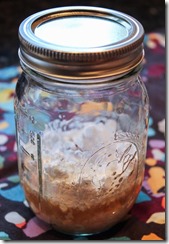 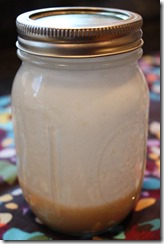 Brush or spoon the glaze over each fritter. Make sure to get it in every nook and cranny! 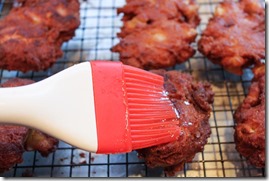 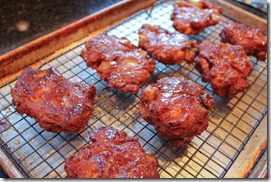 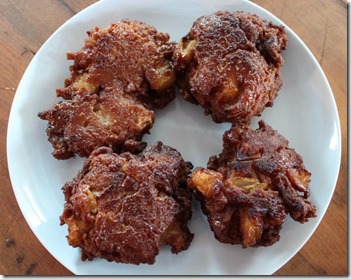