Get ready for Day 2 of our California to Oregon road trip recap! 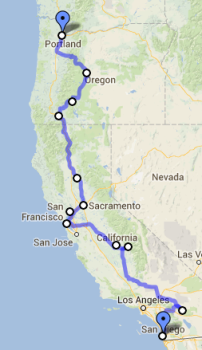 We piled in the car, bid beautiful San Diego adieu, and headed northwest. A few hours later, it was time for lunch. We found a place on Yelp with decent reviews on Mexican food so we headed there. I am not joking when I say this may have been the best burrito I have ever eaten (we talked about it for the rest of the trip!). If you want good Mexican in California, go to Loco Burrito! 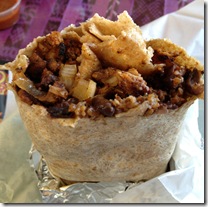 John got tacos which were also yummy. 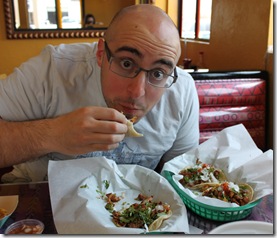 Stuffed full of chips and al pastor, we headed back to the car for the last bit of driving until we reached Joshua Tree National Park.

The joshua tree is native to the southwest US, named after Joshua from the bible by Mormon settlers. It has adapted to desert climates with its elaborate root system and ability to retain water like a champ.

The trunk is fibrous and extends up into broad, sharp leaves. Pointy!

The landscape is quite unique but a lot less awe inspiring than most national parks. It is mainly scrub brush, desert, joshua trees, cacti, and rocks. 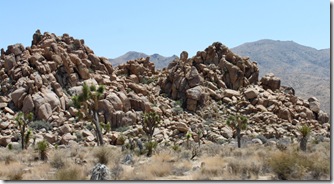 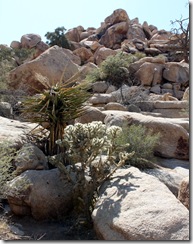 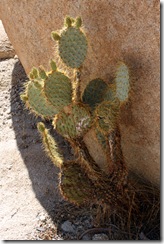 We drove up to Keys View which is on the crest of the Little San Bernardino Mountains, looking down into the Coachella Valley. The San Andreas Fault spans 700 miles from the Gulf of California to the Mendocino Coast north of San Francisco. It runs through the Coachella Valley and can be seen down below from Keys View.

That dark ridge in the middle is the San Andreas Fault.

It was pretty unreal to see the faultline out there. 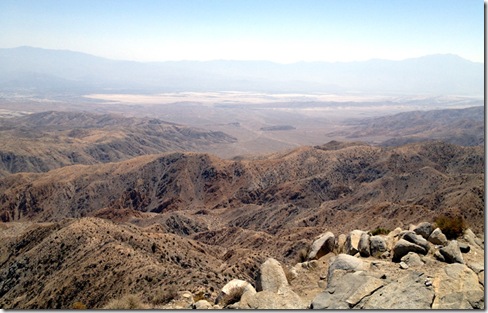 The air was hot and dry, it was the desert after all. And it was so quiet out there, a total void of noise. 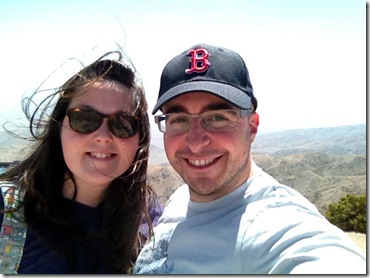 We then decided to take a 2 mile trek within the park to check out Barker Dam. 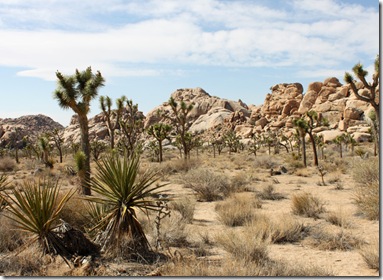 Well it was a total disappointment because the dam is puny and there isn’t even a water reserve there anymore. And did I mention it was 100 degrees? Oof. 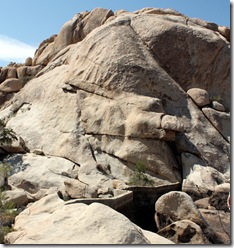 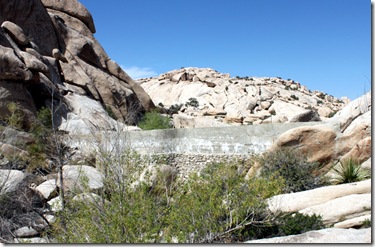 Hot, tired, and hungry we left Joshua Tree. Two and a half hours later we stopped in Boron at a Mexican restaurant for fajitas. After dinner we pushed on for another hour and a half and finally arrived at our hotel in Bakersfield.

Stay tuned for Day 3 where we explore Sequoia National Park and Clovis, CA!