Get ready for Part XII of our cross country road trip recap: Washington!

From Coeur D’Alene, Idaho the Washington state border was only 20 minutes away. We crossed into Washington that evening and enjoyed a lovely sunset as we drove through Spokane.

From Spokane we drove another hour and a half to our final destination for the night, Coulee Dam, Washington. Our hotel, the Columbia River Inn, was quaint and adorable, and had views of the dam too! 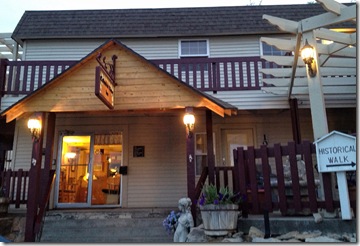 The next morning we were up early to get on the first tour of the day at the Coulee Dam. Location check! 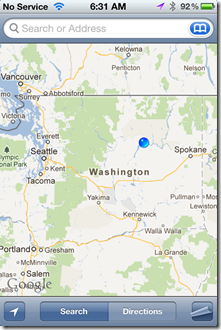 We had some breakfast first and were able to take in the view of the Dam from the southern side of the Columbia River. 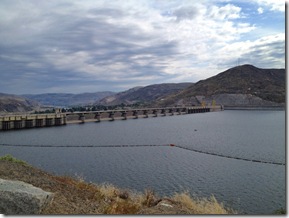 On to the Grand Coulee Dam!

The Grand Coulee Dam was built in 1942 and is a gravity dam (unlike the Hoover Dam or Buffalo Bill Dam). The Dam was built to produce hydroelectric power and provide irrigation to the area which would otherwise only see about 11 inches per year of precipitation.

The day was overcast which isn’t the best for picture taking but the views of the Dam were pretty spectacular. The thing is massive. 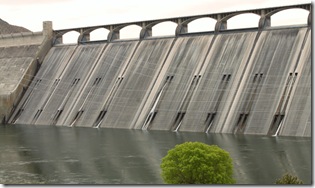 The Visitor’s Center was really great, the exhibits were informative and interactive. 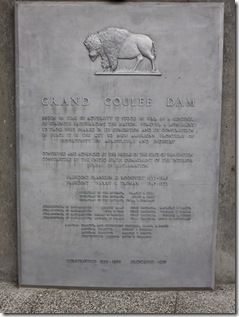 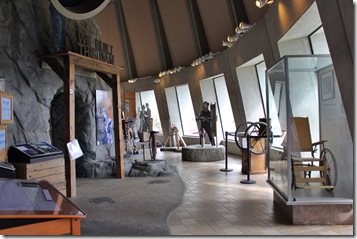 Our tour guide took us first to the powerplant which was huge. 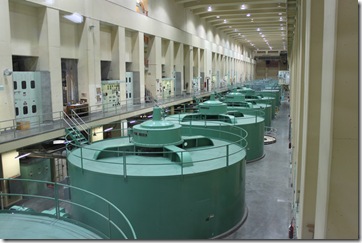 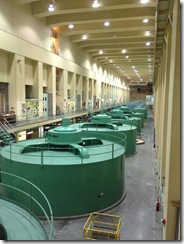 He then drove us across the top of the Dam! The views of the reservoir and the whole compound from the Dam were pretty spectacular. 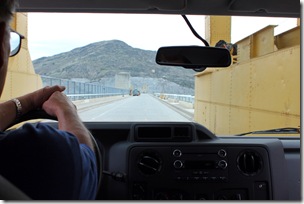 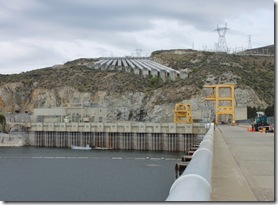 John really enjoyed being on the Coulee Dam, obviously.

The whole town of Coulee, Washington is surrounded by mountains which provided a really pretty backdrop to the Dam. 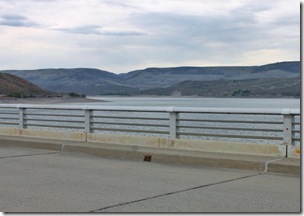 The tour took about an hour and half and was really a great experience.

One last shot of John and the Dam: 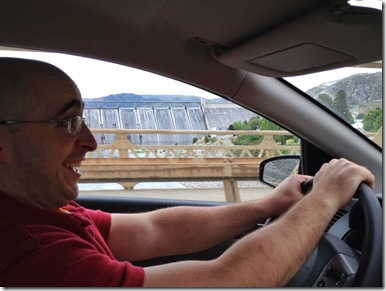 From Coulee we were headed 2 hours west to Leavenworth, Washington. 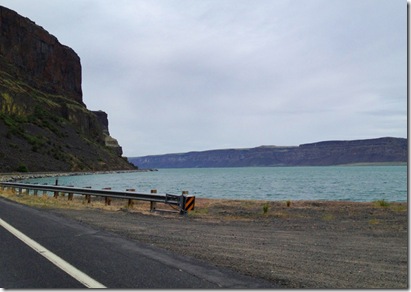 Nestled in the Cascade Mountains alongside the Wenatchee River, Leavenworth is modeled after a Bavarian village. Everything is Bavarian themed!

Leavenworth was founded in 1892 but was transformed into a mock Bavarian village to revitalize its economy in 1962.

Our first stop was lunch at Munchen Haus, a Bavarian sausage restaurant. They had about 20 different kinds of mustard, so yummy!

After lunch we walked around Leavenworth for about an hour taking in the sights.

There are a ton of great shops in Leavenworth! We visited a cheese shop, cured meats shop, and even the Leavenworth Nutcracker Museum. 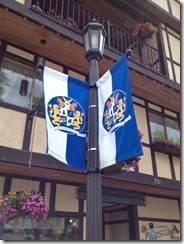 I got a little treat before we hit the road for our 2 hour drive to Kent, Washington. 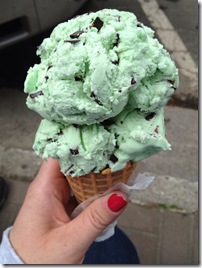 Somehow I was on driving duty and made the 2 hour drive in the pouring rain. Not ideal!

Our dear friends Matt and Danielle live in Kent, Washington (just outside of Seattle) and we couldn’t wait to visit them! Last time we were out in Seattle it was for their wedding. We hung out at their house (even though Dani was super sick), along with our other friends Amy and Bruce, ate a home cooked meal, and played Bohnanza (which we bought for ourselves shortly after we got home from our trip). It was an awesome visit, I wish we lived closer!

It was late when we left Kent for the 3 hour drive south to Portland. We figured if we woke up in Portland on our last day of vacation, we’d have a full day there with no long distances to drive. It was a long drive in the dark but it was totally worth it. 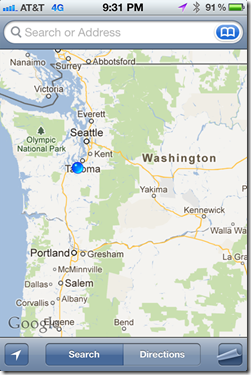 Stay tuned for the  next, and final, part of our journey – Portland, Oregon!