In case you didn’t know, the Bruins won the Stanley Cup last week for the first time since 1972. It was totally thrilling and made me feel like a kid again. See, I grew up on hockey. The sound of the puck on the boards and the slashing of skates on ice brings me right back to my childhood and happy memories of watching hockey with my dad. It reminds me of laying on the floor with my sister, keeping my eye on a zooming puck, idolizing Cam Neely, Ray Bourque, and Don Sweeney.

I’ve gotten away from watching hockey as an adult though. It’s hard in a sports crazed town like Boston to keep up with it all sometimes. Plus we’re football people, John & I. Still, we watched much of the finals and I fell in love with hockey all over again.

The Bruins had their championship parade on Saturday and we headed into town with the 1 million other fans to welcome the boys, and the Cup, home. Rather than go on and on I’m going to let these pictures speak for themselves. The whole experience was incredible (crazy bar tab and all). 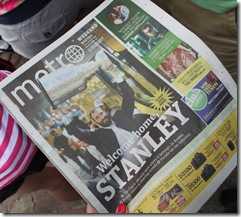 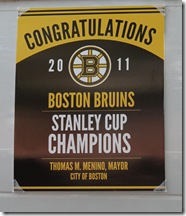 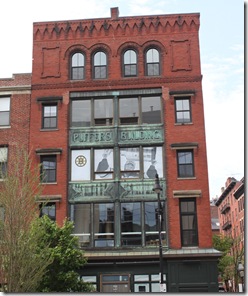 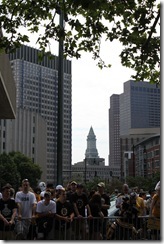 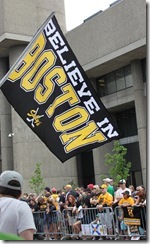 The crowd started to go crazy as the Cup rolled towards us. 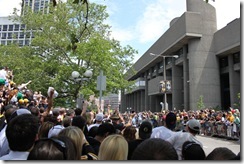 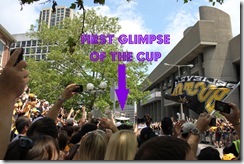 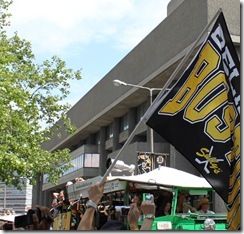 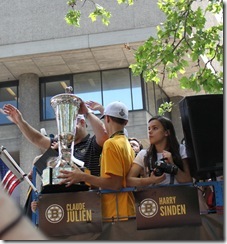 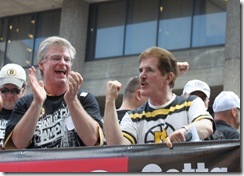 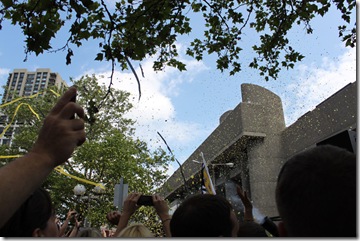 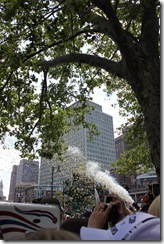 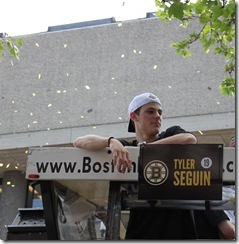 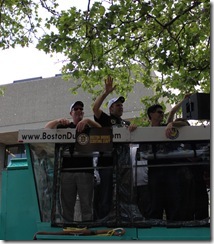 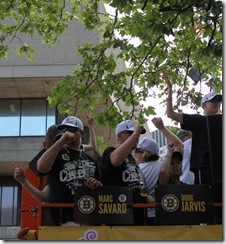 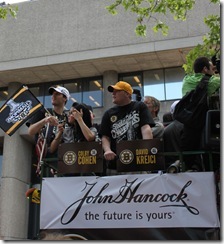 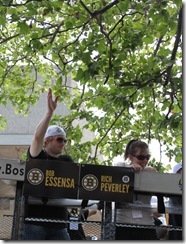 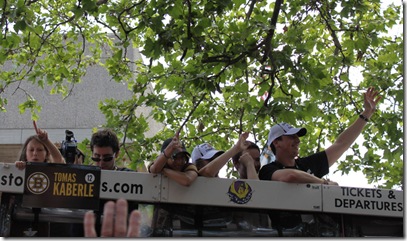 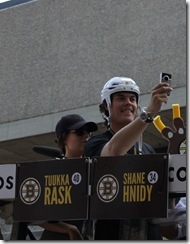 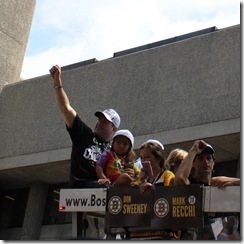 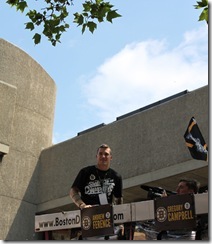 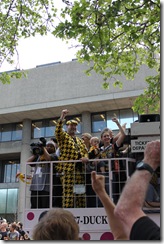 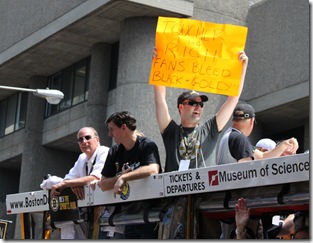 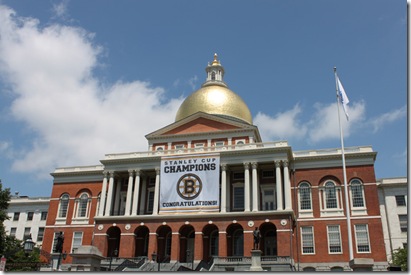 We were able to catch the parade again after walking over Beacon Hill. 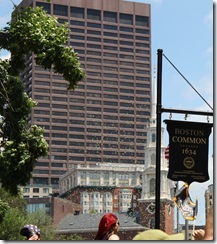 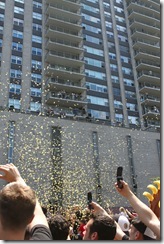 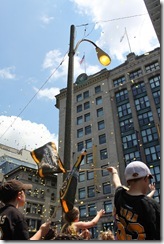 Our second, and better, view of the Cup: 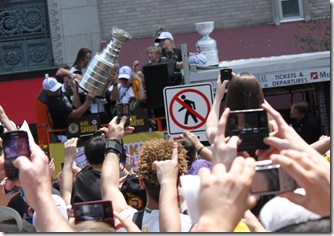 The aftermath in Copley Square, where the parade route ended: 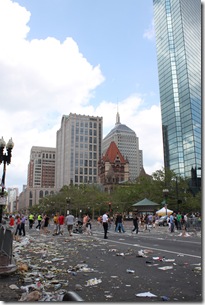